The changes of coffee during the roasting process 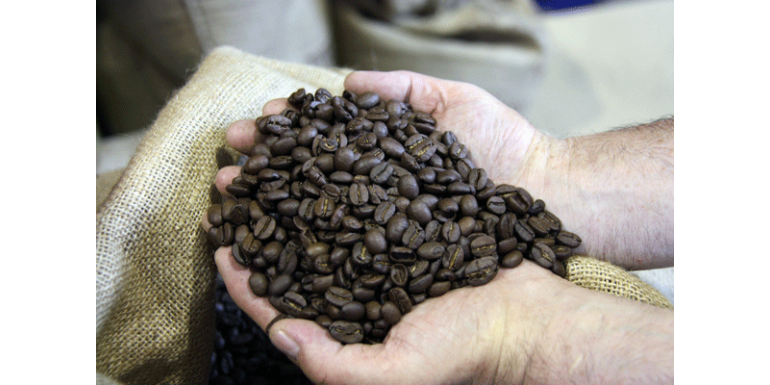 It goes without saying that the writer of these lines is not a physicist, nor a chemist (as my father is) and despite being a scientist, we were not very well versed in the subject either; so in no case is it intended to make a compendium of the hundreds of changes in properties and reactions that take place during roasting (that would be a tedious task, if we may be redundant), but rather the aim is to bring us closer to the greatness that roasting this "perfect dispensing machine" that is the coffee bean, entails.

A fact: everything we will describe below is only produced by roasting whole coffee beans, i.e. if we roast ground green coffee, the result would have absolutely nothing to do with the beverage we are used to.

In a previous post we explained the three phases of roasting and today we talk about the changes during the roasting process a whole series of modifications are produced in the cellular structure of the coffee bean, as well as a series of chemical reactions that give the roasted coffee the desired organoleptic characteristics. The main changes are the following:

1.- The colour change that takes place when roasting

This is undoubtedly the first change that comes to mind, and one of the most significant, as it is the one that roasters use to refine their roasts.

The coffee is initially bluish-green, but during the roasting process its colour turns cinnamon, and darkens as the sugars in the coffee, once caramelised, are burnt by the action of the heat.

The coffee begins to change colour in the outer layer of the bean and then moves to the centre. It can happen, in rapid roasting, that the beans appear very roasted from the outside, but with light roasts on the inside. Therefore, to determine the colourimetry of the roast, it is important to measure the intensity of the colour with ground coffee (i.e. with internal and external particles mixed), and not with coffee beans.

As an example of light roasts we have our Brasil Cerrado Light Toast. With a "light toast" that offers a more aromatic, acidic, sweet and fruity coffee.

2.- The change of humidity and mass during the coffee roasting process:

During roasting, the grain begins to lose a series of elements. The main one is moisture. Green coffee has, depending on the variety, between 12-20% water, which is reduced to 2.5% in the drying phase.

In addition, there is a loss of organic matter in the form of gases (CO2 and volatile gases, which provide the aroma) and the loss of husk 0.5% - 1%.

The more we roast the coffee, the more matter is lost. But it gives a fuller-bodied coffee like our Brasil Cerrado Dark Toast. At a medium roast the loss is about 17%, a real disgrace for the roaster, who sees a large percentage of his raw material vanish into thin air.... in a product that is sold by weight!

3.- The change in volume and porosity of the grain when roasted:

Green coffee beans have the strongest cell walls in the plant kingdom. Therefore, despite the strong pressure of CO2 and water vapour generated during roasting, they do not break, but become more fragile and brittle.... and expand (due to the presence of polysaccharides, which are chains of sugars), causing the bean to swell. In this way, the bean grows, and depending on the origin and the roasting point, it can double in size.

How many days? Well, it depends on the degree of roasting and the brewing method used. More roasted coffees need less degassing, and slower extraction methods (such as filter) will also require less time. In general, 15-20 days is recommended.

As a consequence of the reduction in weight and increase in volume, we can say that there is a decrease in the density of the bean.

It also increases the porosity of the bean and its sweating, making it more soluble, which is essential for the water to extract all the essences from the coffee once we have prepared our drink.

Coffee beans contain lipids, or oils. During the roasting process, the pressure to which the bean is subjected causes them to move from the centre to the surface of the bean, generating oils that coat the bean.

On the other hand, there are the volatile chemical compounds. But what are they? They are compounds that evaporate at room temperature. Most of them have been created during the so-called "Strecker degradation".

More than 900 have been detected in roasted coffee, of which about 40 are related to aroma. These include:  Aldehydes (which contribute fruity and green aromas), Furans (caramel aromas), Guaiacol (with smoky and spicy notes) and Ketones, among others.

Under normal conditions, these volatile compounds would spread through the air and disappear, but in the case of roasted coffee, they are trapped by the oils that cover the beans, which are responsible for retaining the flavour and, above all, the aroma.

5.- The change of caffeine during the coffee roasting process

The roasting process reduces the caffeine content of the bean by approximately 10%. This is for a medium roast. A roast that you can taste in our line of Blend Coffees. As with most coffee components, the higher the roast, the greater the loss. So it's hardly a very roasted coffee that will keep you awake at night. 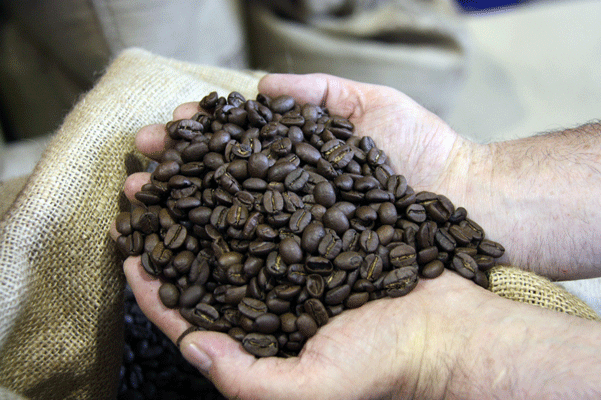 Roasting is based on a chemical process called pyrolysis. Basically, this occurs when an organic element is subjected to a temperature above its decomposition threshold.

As a consequence, volatile compounds and a solid carbonised residue start to be produced... in the case of coffee, we prevent the latter from happening by abruptly stopping the roasting, but the following reactions do occur as a result of this pyrolysis process:

1.- The Maillard reaction that occurs when the roasting process is triggered

It is a very complex set of chemical reactions that occurs when heat is applied to coffee (and food in general). The end result is the generation of a concentration of flavours and a superficial roasting of the food, achieving very tasty effects.

In the case of coffee, this process starts when the temperature is around 150ºC. The beans absorb the heat and colour changes begin to occur, which are caused by the production of coloured melianoidins.

Initially their colour is light yellow, which darkens as the roasting process progresses. These molecules not only colour the beans, but also contribute to the creation of body and flavour in the mouth.

The changes in temperature and time that occur during this reaction have a major impact on the final profile of the cup of coffee.

Coffees with longer Maillard reactions are generally more viscous. Conversely, if they are short, the coffee is sweeter and more acidic.

This is because the citric and tartaric acids, which generate the sweet and fruity notes, are broken down as the reaction progresses.

The same happens with chlorogenic acid, which is very present in coffee. At high temperatures, this is broken down to create caffeic acid and quinic acid, which are responsible for the bitterness and astringency in the cup.

2.- Strecker degradation generated at the end of the roasting process

This is the last phase of the Maillard reaction. Above a certain temperature, heat absorption causes a reaction between reducing sugars (ketose or aldose) and a free amino group from the amino acids inside them.

This produces cyclic and polycyclic molecules (such as aldehydes and ketones) that give food flavour and aroma.

We still have a lot to discover about all these components, but we do know that their reactions are fundamental to the creation of the aroma and flavours of coffee.

3.- Caramelisation of sugars occurring in the roasting process

At around 170°C, the heat causes the complex carbohydrate chains to break down into smaller molecules of sugars, which can be dissolved in water, thus increasing the sweetness in the final cup.

This process loses steam as the temperature increases and these sugars are burnt off.

Hence, less roasted coffees have sweeter and more aromatic notes, and as they caramelise, notes of almond or caramel appear.